How is laughter social?

How is laughter social?

First, the natural setting for humor, as for play generally, is a group, not an individual. Kierkegaard asked a friend, "Answer me honestly ... do you really laugh when you are alone?" He concluded that you have to be "a little more than queer" if you do. According to Henri Bergson, "You would hardly appreciate the comic if you felt yourself isolated from others. Laughter appears to stand in need of an echo."

It's hard to get into the play mode by oneself. Often when I expereince events alone, especially those involving setbacks, I don't see the humor in them until I am later describing them to other people. And even if I expereince an event as funny while I'm by myself, it's unlikely that I'll enjoy it as much as when I later share it in conversation.

Perhaps I'm a little more than queer (I'm certainly more than a little queer), but I don't believe this at all. I think laughing on your own is normal and Kierkegaard needed to read funnier books.

In fact I think I am likely to laugh much harder on my own than in company.

For example, the hardest I've laughed recently was at the following image: 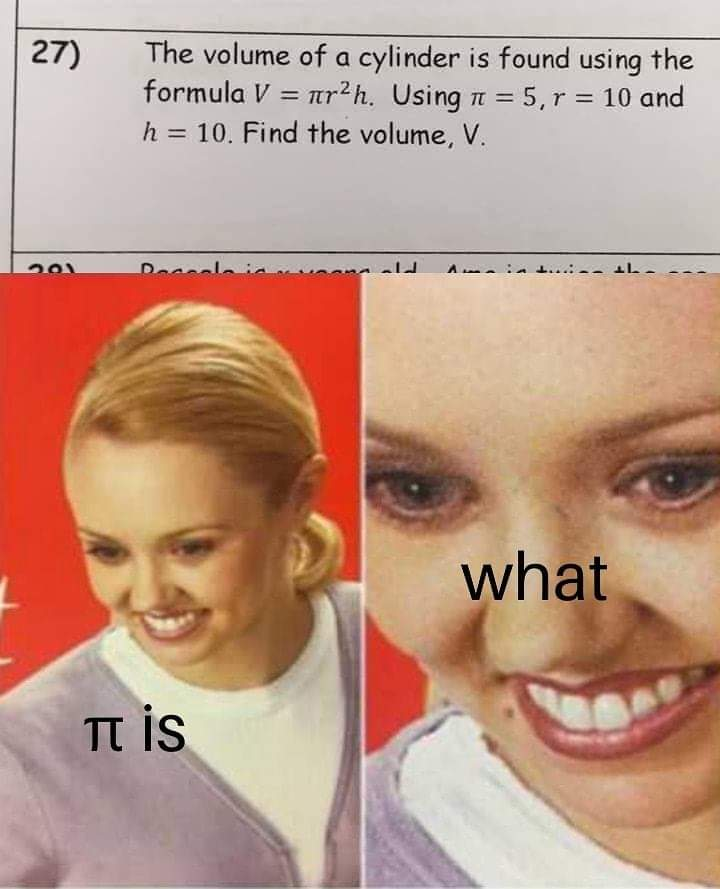 I don't know why I find this as funny as I do. It's objectively very funny, but also I laughed to the point of struggling to breathe for nearly a minute. I was on my own.

I've similarly been in hysterics reading a Terry Pratchett novel, to a degree that I wouldn't normally in company.

In contrast, watching comedy, or having a funny conversation with a friend or partner, I will laugh regularly, but rarely to that level of intensity.

It does happen. My sister, L, and I have been known to trigger this in each other.

For example, a few years ago, she and I were sitting in the kitchen at my parents' place in the lead up to Christmas, having a long conversation. At some point the conversation was talking about how annoying it was that we'd both inherited the genes from my mother's side of the family that makes it very easy for us to put on weight (my brother is, in comparison to us, very skinny), and that we'd both like to be a bit lighter than we were.

At some point in this conversation, we looked down at our shared task, and our hands that were just absolutely covered in chocolate from the brandy truffles that we were making (My grandmother's recipe. It's like processing redcurrants but more delicious) and simultaneously cracked up.

L and I have done this a few times. There was a soup conversation that did it too, but you had to be there for that one to be even slightly funny.

It's fairly rare for me to be able to do this with someone (I think all my examples of this happening are family or romantic partners), and I think the reason is that in order to achieve this you have to have a fairly large degree of comfort and synchronicity with the other person or people, and even with such people it's not the norm unless you're currently very in synch.

What happens instead seems to be that although you don't laugh as hard in company, you laugh more easily.

Social laughter seems to obey a very simple rule which explains both these things: You should be laughing about the same amount as everyone else.

As a result, laughter in a group follows a rise and a fall, where some people "seed" the laughter, and it rises, bringing everyone along with them for a bit, and then as people stop laughing it brings the overall level down and people follow, everyone dynamically adjusting their level of laughter to be not too far from the overall average.

As a result, you tend not to laugh too intensely unless everyone is in synch, because you have to raise your intensity at a rate everyone will follow, but also you tend to laugh more easily because once someone starts laughing probably so does everybody else.